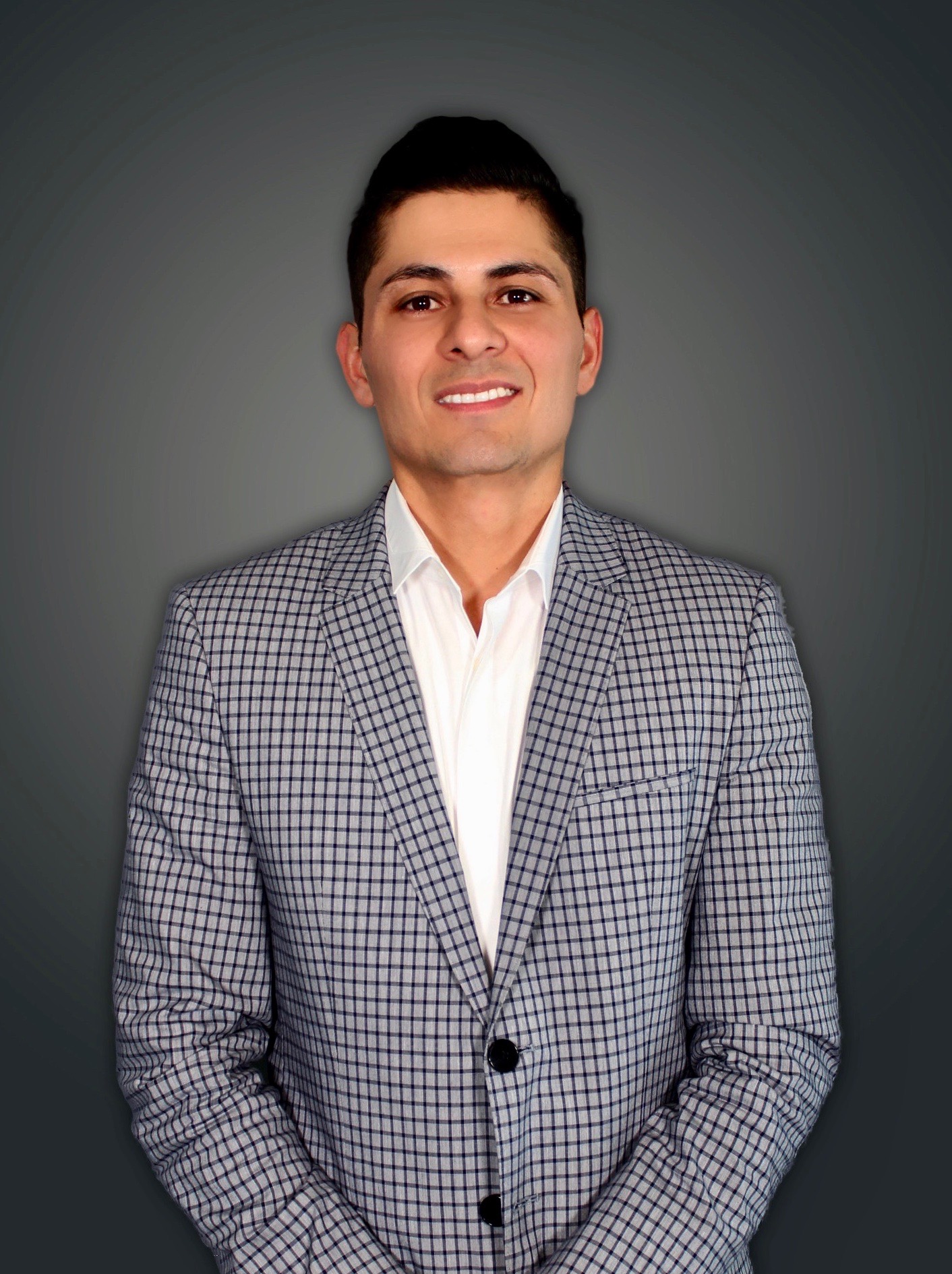 Edson’s passion for real estate and natural affinity for helping people evolved despite a rough childhood and upbringing in El Paso, Texas. In 2001 at 19, he hopped in his beat-up Dodge Neon with $500 in his pocket and drove west to the nearest big city. Phoenix, Arizona.  After earning his B.S. in Networking and Telecommunications Management, Edson landed a Network Administrator position for one of the biggest home builders in the country. However, within a short time, the housing market came crashing down, as did his new career. He was unexpectedly laid off. Unemployed, married, with a 3-month-old baby girl, and a new mortgage, he began calling friends to help him find a job. That was his strategy – calling on those he already knew and trusted. A friend invited him to join his real estate team as a buyer’s agent and he accepted. Two months later Edson successfully closed his first transaction…and fell in love with the real estate industry!

Within a year Edson became a top producing agent. In 2010, after four years as a realtor, he ventured out and opened his own company, Edson Salas Realty. Over the past 12 years, he has closed more than 1000 transactions in the Phoenix area.

In 2011, Edson was among the top 200 agents for units sold in the Valley. In 2012 & 2013 he was also named as one of the top 1% of agents for units sold in the Phoenix area. From 2013 - 2017, he ranked in the top 50 among all MLS agents. With so many years in this ever-changing field, Edson has acquired a wide array of expertise handling all aspects, all price ranges and all types of real estate, including luxury homes; builder marketing & listing services; contingency management; traditional sales; foreclosures; land; REIT acquisitions;bulk sales; rental portfolios; and short sales.

From 2013-2015, many big Real Estate Investment Trusts (REIT) came to Phoenix to buy thousands of properties to keep as rentals. Edson represented a select number of REITs as their agent, purchasing several hundred single family homes. Edson also assisted them in portfolios of rental properties. These REITs specifically chose Edson because of his exceptional knowledge of the Valley of the Sun and reputation for serving his clients.

Because of the unique nature of Phoenix’s real estate market and as an investor himself, Edson excels in selecting, managing and developing real estate Investments. His clientele includes corporate level multibillion dollar real estate investment companies as well as individual investors. He has successfully helped them diversify their portfolios through rental properties, mortgage notes, and private lending.

Edson gives back to the community by serving as Board of Directors Co-Chair for Arizona Friends of Foster Children Foundation (AFFCF). In 2012, he masterminded a cause close to his heart, AFFCF’s Backpack Drive. As a child, he remembers going to these drives in El Paso because his family couldn’t afford all the supplies needed to be ready for school. With a very humble kickoff six years ago of 450 backpacks, AFFCF’s Backpack Drive has bloomed into a huge demonstration of community giving and support. Last year Edson led this campaign in which his team collected a record-breaking 7000 backpacks todistribute to Arizona foster kids. Edson considers this one of his biggest accomplishments. He continues to lead this event, expanding it to include Tucson in 2018!

Edson is also a member of Executive Council 70, which steers local Executive Council Charities Grants Program. In January 2018, Salas was featured as a young philanthropist in “Who’s Next: 23 Arizonans who help our neighbors in need” by azcentral.com (https://bit.ly/2Kkh14a).

Finally, he thrives on coaching and mentoring others -- realtors; mortgage lenders; small business owners; and sales professionals. Edson has personally benefitted from valuable mentorships, which have challenged him and made him spread his wings. He appreciates paying that forward so his peers can be just as personally fulfilled in their chosen paths.

What does Edson prize most about working in real estate? When clients are friends and family helps with the business, work life and family life flow together.  He loves being a husband and father, spending time with his wife Diana and their four children, Gianny, Edson Jr., Armani and Gio. He takes Brazilian Jiu Jitsu with his kids, emphasizing it fosters both discipline and serenity. He recruits his kids to help him with AFFCF foster children backpack drives. His wife works alongside Edson as ERS Director of Operations and co-hosts their Client Appreciation parties. He feels blessed to combine his passions for real estate and helping people and thanks his clients for helping him achieve his position as a well-respected and top-notch Phoenix-based realtor.

We Look Forward to Being “Your real estate consultant for Life!”

Edson has the professionalism I look for in a realtor. It was a smooth, easy, and fast process. He went above and beyond for me, I appreciate everything. I have referred many friends and family to him, all had the same experience with him, GREAT!!!

Edson has been my realtor for a few years now. I am sure buying a home back in 2010 was the best financial decision I have ever made. With his help I now own my house. Don't hesitate to reach Edson and have him guide you through process.